Today's learning is from BBC Bitesize. All of the learning, videos and activities can be found at www.bbc.co.uk/bitesize/tags/z7s22sg/year-2-and-p3-lessons.

Using the book George's Marvellous Medicine you will learn how to summarise information from an extract and write a description inspired by Roald Dahl. Start by reading through the 'Learn' section and watch the short videos.

In the kitchen, George put the saucepan on the stove and turned up the gas flame underneath it as high as it would go.

‘George!’ came the awful voice from the next room. ‘It’s time for my medicine!’

‘Not yet, Grandma,’ George called back. ‘There’s still twenty minutes before eleven o’clock.’

‘What mischief are you up to in there now?’ Granny screeched. ‘I hear noises.’

George thought it best not to answer this one. He found a long wooden spoon in a kitchen drawer and began stirring hard. The stuff in the pot got hotter and hotter.

Soon the marvellous mixture began to froth and foam. A rich blue smoke, the colour of peacocks, rose from the surface of the liquid, and a fiery fearsome smell filled the kitchen. It made George choke and splutter. It was a smell unlike any he had smelled before. It was a brutal and bewitching smell, spicy and staggering, fierce and frenzied, full of wizardry and magic. Whenever he got a whiff of it up his nose, firecrackers went off in his skull and electric prickles ran along the backs of his legs. It was wonderful to stand there stirring this amazing mixture and to watch it smoking blue and bubbling and frothing and foaming as though it were alive. At one point, he could have sworn he saw bright sparks flashing in the swirling foam.

And suddenly, George found himself dancing around the steaming pot, chanting strange words that came into his head out of nowhere:

Fume and spume and spoondrift spray

George turned off the heat under the saucepan. He must leave plenty of time for it to cool down.

When all the steam and froth had gone away, he peered into the giant pan to see what colour the great medicine now was. It was a deep and brilliant blue.

‘It needs more brown in it,’ George said. ‘It simply must be brown or she’ll get suspicious.’

The writer, Roald Dahl, tells us lots of information about George. What do you think about the character of George?

You could set your information out in a table.

‘That’s terrific, Grandma!’ George cried. ‘You haven’t stood up like that for years! Look at you! You’re standing up all on your own and you’re not even using a stick!’

Grandma didn’t even hear him. The frozen pop-eyed look was back with her again now. She was miles away in another world.

Marvellous medicine, George told himself. He found it fascinating to stand there watching what it was doing to the old hag. What next? he wondered.

He soon found out.

Suddenly she began to grow.

It was quite slow at first ... just a very gradual inching upwards ... up, up, up ... inch by inch ... getting taller and taller ... about an inch every few seconds ... and in the beginning George didn’t notice it. But when she had passed the five foot six mark and was going on up towards being six feet tall, George gave a jump and shouted, ‘Hey, Grandma! You’re growing! You’re going up! Hang on, Grandma! You’d better stop now or you’ll be hitting the ceiling!’

It was a truly fantastic sight, this ancient scrawny old woman getting taller and taller, longer and longer, thinner and thinner, as though she were a piece of elastic being pulled upwards by invisible hands.

When the top of her head actually touched the ceiling, George thought she was bound to stop.

There was a sort of scrunching noise, and bits of plaster and cement came raining down.

But there was no stopping her now.

Soon, her head and shoulders had completely disappeared through the ceiling and she was still going.

George dashed upstairs to his own bedroom and there she was coming up through the floor like a mushroom.

‘Whoopee!’ she shouted, finding her voice at last. ‘Hallelujah, here I come!’

‘With a heigh-nonny-no and up we go!’ she shouted. ‘Just watch me grow!’

‘This is my room,’ George said. ‘Look at the mess you’re making.’

‘Terrific medicine!’ she cried. ‘Give me some more!’

George was still clutching the medicine bottle in one hand and the spoon in the other. Oh well, he thought, why not? He poured out a second dose and popped it into her mouth.

‘Oweee!’ she screamed and up she went again.

Are you surprised about Granny’s reactions?

The author, Roald Dahl, uses a lot of descriptive language to describe the mixture.

Think about the following when you write your paragraph:

You could borrow some of Roald Dahl’s ideas as well as using your own.

Work out the missing numbers. 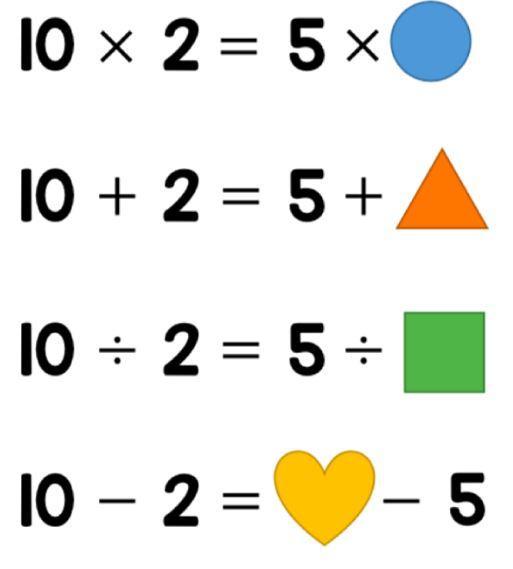 Danni has these four digit cards.

She then adds the two numbers together.

What is the greatest total she can make?

Today's focus is learning the basics of energy generation from different sources. Start by reading through the 'Learn' section and watch the short videos demonstrating how electricity is made and water wheels.

Try to find the different energy sources in this fun word search from Twinkl.

Form a plan for your school or home to make use of renewable energy sources.

This could be from installing solar panels to building a water wheel - get creative!